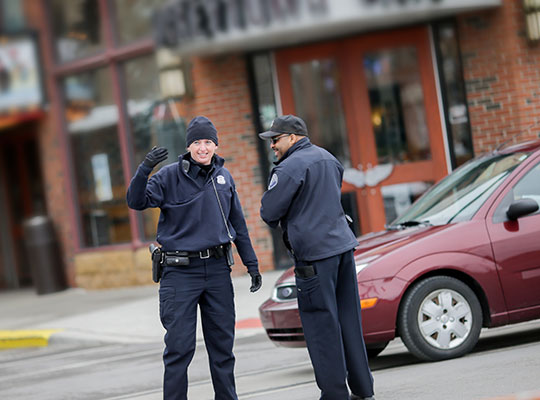 Low-income neighborhoods can face issues related to crime and vandalism, and the area around LBHA is no different; in fact, it’s the only neighborhood in Nassau County designated “high risk” on the crime index. With a mandate to ensure the well-being of its tenants, upgrading an obsolete video surveillance system was crucial to keep residents, employees, and the surrounding community safe.

Along with providing enhanced image quality, the new cameras are equipped with video analytics that include loitering detection, automatically detecting people who linger in an area past a certain time threshold and alerting security operators. The durability of the HD Dome cameras has discouraged attempts to vandalize them, while the HD Multisensor cameras have helped expand coverage to areas where surveillance was once limited because of tough viewing angles. The addition of Avigilon encoders has mitigated costs by allowing many of LBHA’s existing analog cameras to work alongside the new technology.

Nassau County, in Long Beach, New York, is well-known for being home to some of America's wealthiest enclaves. Yet for most of the people who live there, this is a world away from their everyday life. The county is extremely diverse—its population density is among the highest in the U.S.—and alongside the exclusive communities, there are dozens of neighborhoods where many Americans work hard to make ends meet. Nowhere is this more apparent than in LBHA public housing.

LBHA is committed to helping people lift themselves out of poverty, and its Channel Park Homes and Sol Scher Apartments provide life-changing support for those in very vulnerable situations. However, low-income neighborhoods all across the nation can face issues related to crime and vandalism, and the area around LBHA is no different; in fact, it’s the only neighborhood in Nassau County designated “high risk” on the crime index. With a mandate to ensure the well-being of its tenants, LBHA knew it had to find a more effective way to keep its residents, employees and the surrounding community safe.

A Lasting Solution, Not a Temporary Fix

There were many reasons why LBHA updated its security systems: first and foremost was the safety of its residents, because providing high-quality housing assistance has always been its main priority. There was also the issue of unchecked criminal activity spreading into surrounding municipalities, increasing the overall crime rate of the region.

Officials said criminals had become indifferent to the existing security systems: the cameras were obsolete, the system lacked efficient export capabilities, and had such poor image quality that the footage was unusable when investigating crimes, prosecuting perpetrators, and settling claims. Perpetrators had learned from past experience that they could act without fear of repercussions. Ultimately, the constant threat of vandalism and physical violence reduced the quality of life in the neighborhood, deterred new residents, and undermined the reputation of the community as a whole.

To address these concerns, key objectives were laid out; the new system needed to be able to obtain clear video in tight spaces and difficult lighting situations and to drastically increase the scope of its coverage. Most importantly, it had to implement a sophisticated video management system that enabled real-time notification of critical events for review and the ability to easily export recorded video to law enforcement. After a public bid, Avigilon was selected as LBHA’s new security solution.

"We've seen a dramatic 70 percent reduction of crime in our housing development since installing Avigilon's surveillance system. With Avigilon's self-learning video analytics and clear video footage, we're able to quickly and effectively find the critical evidence we need to assist police in investigations, helping make our neighborhood a safer place."

In fact, the system has worked so well that the LBPD has become fully integrated with it, streaming and downloading video directly from the site to their headquarters and on mobile devices. Whenever a resident alerts them to gang-related activity, officers have immediate access to recorded video for investigations and evidence—evidence which now meets the standard to be admissible in court.

Ultimately, the reduction of crime has helped LBHA build a community where locals feel protected in their neighborhood, and prospective new residents feel more welcome. By deploying effective surveillance technology, LBHA was able to deter crime and vandalism in the area and proactively respond to events, keeping residents, employees, and the greater community both safe and thriving.